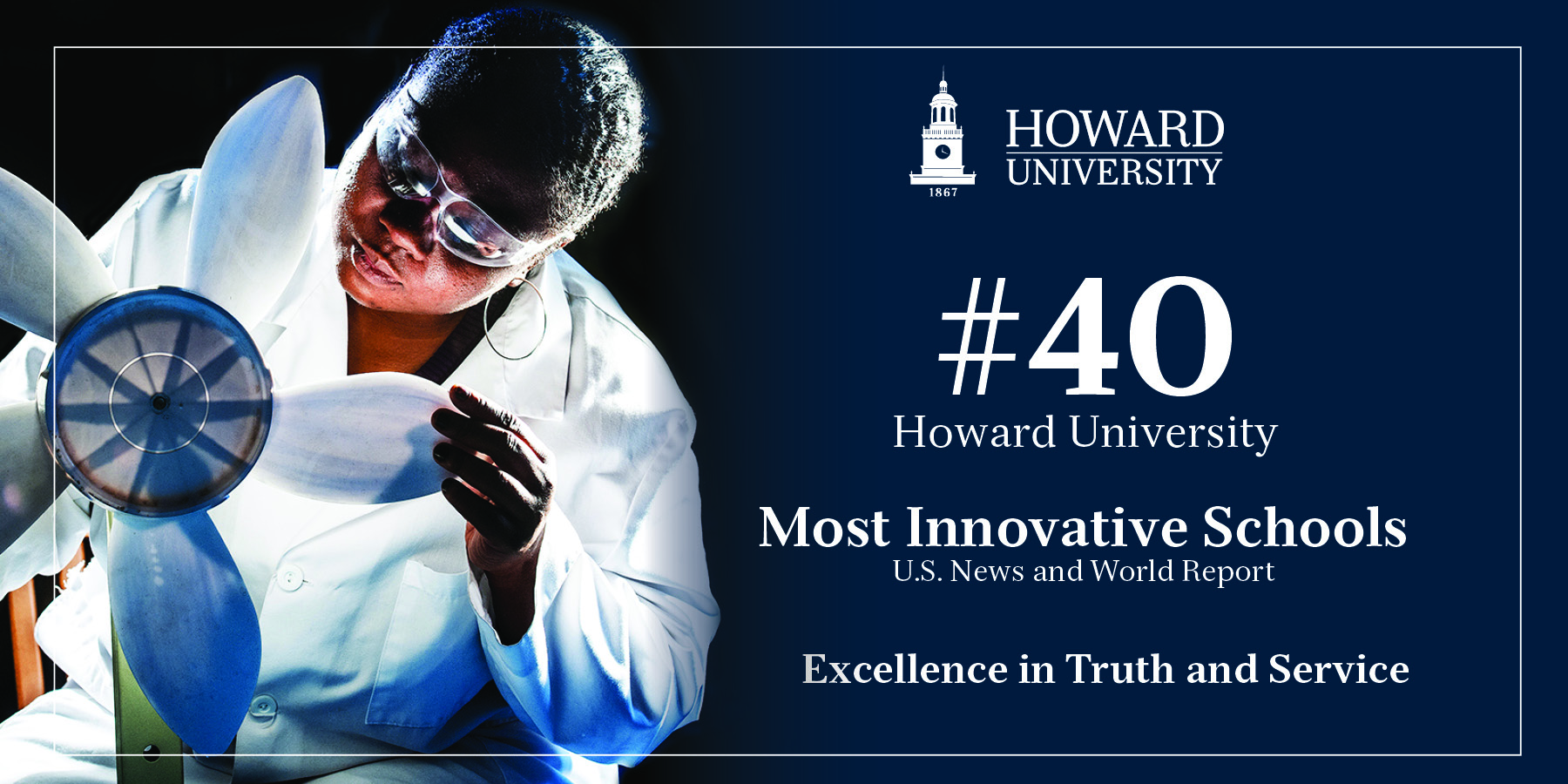 Take Your Education to the Next Level.

The University promotes academic excellence through a highly selective admission process. Students who are admitted show strong personal motivation along with backgrounds of consistent academic growth and achievement.  With nearly 6994 graduate schools and accredited graduate degree programs in the United States, your critical first step in the admission process is to identify the best school.

With more than 30 disciplines and 100 specializations, Howard University’s graduate programs prepare graduates to seek truth and provide service to communities around the world.

Our 2021-22 graduate applications may be accessed via the links below.

Howard MSW Online, our online Master of Social Work (MSW) program, is the next step toward a future where students everywhere can attend a leading historically Black university (HBCU) and become architects of liberation in diverse communities and professional contexts.

The general application requirements for each category of students are different. For additional information on our Graduate School programs, please see the highlighted link. We also highly encourage you to view our Graduate School Application Deadlines for information on each program's deadlines. Also, please consult the respective school/college/division for any admission instructions specific to each program.

NOTE: Unfortunately, our office does not offer application fee waivers at this time. The Graduate Admission Application is also not applicable for:

A student who was pursuing a graduate degree at Howard University, who has not been registered at the University for the previous semester, and who wishes to return to the same school/college, department, and degree program. In general, Former Students Returning are readmitted to the last program in which they were enrolled at Howard University. Graduate students seeking to change their program, must submit a new application for admission by the given application deadline posted on the respective application system. Generally, students seeking readmission must submit the Graduate Returning Student Application no less than 30 days prior to the start of the semester to which they are seeking readmission.

Students must consult with their program for specific requirements, and to determine their general admissibility, especially if they were dismissed from their program for poor scholarship (cumulative GPA below minimum threshold).

Before readmission is granted, students must also lift all holds on their account by the given application deadline before they are able to be readmitted. To view your holds, please log into BisonWeb and click 'Student Records' and/or 'Student Accounts' -> 'View Holds' via the Student Services tab.

The application for non-degree graduate admission at Howard University requires the following documents:

Ghada Abdelmoumin is a Ph.D. computer science student with Howard University and an associate professor of information technology at Northern Virginia Community College. Ghada received a Bachelor of Science degree in mechanical power engineering from Alexandria University, a public research institution that is the second largest university in Egypt. She earned two Master of Science degrees, one in computer science from Western Illinois University and the other in computer science and applications from Virginia Tech.  Ghada has broad experience in teaching, from working in the Fairfax County Public School system as a special education instructional assistant and substitute teacher to serving as a visiting professor at Devry University and a faculty advisor at Stratford University. In 2014, Ghada received the Teacher of the Year award from the Virginia Career College Association. She also has professional experience as a senior design engineer at Global Link Solutions, Inc. She is a member of the Association for Computing Machinery (ACM) and the Institute of Electrical and Electronics Engineers (IEEE). Her teaching and professional interests have focused on machine learning, cloud computing, mobile computing, software engineering, and cybersecurity.

My scholarly journey before joining Howard was long and limited in options. The day I became a bison, I realized that, at Howard, the possibilities are boundless, and the opportunities are endless. With Howard, I can go somewhere, and that somewhere is absolutely wonderful. It is an inspiring journey of rediscovery, hope, and renewed promises

Carter Clinton is a Ph.D. candidate conducting groundbreaking research in the field of genetic anthropology. He has been selected for numerous awards and honors, including the 2017-2018 Just-Julian assistantship as well as 2018 Graduate Student of the Year. A native of Brooklyn, New York, Clinton seeks to reconstruct the daily lives of people who have traditionally been excluded from history. He focuses his doctoral research at Howard University on the soil of the New York African Burial Ground, where enslaved Africans were laid to rest. By performing soil chemistry, bacterial DNA, and geospatial analysis, Clinton presented a new discovery regarding the diets of African slaves in the 17th and 18th centuries. In March 2019, the Cosmos Foundation selected Clinton as a Cosmos Scholar for his proposal titled "Next generation sequencing of bacterial DNA found in New York African Burial Ground soil samples". Clinton's research is also featured in Nature Scientific Reports, a subjournal of the #1 science journal in the world, and can be accessed on the Nature website.

I think it’s very important to address and combat the paucity of data on African peoples. Discovering one's ancestry and genomic identity is pertinent to the way in which they self-identify and are able to efficiently address generational health issues.

I am endowed by the Universe to be who I am. This foundational understanding gives me continued solace and guidance along my journey of growth and evolution.”

Find specific information on admission to the program of your choice.