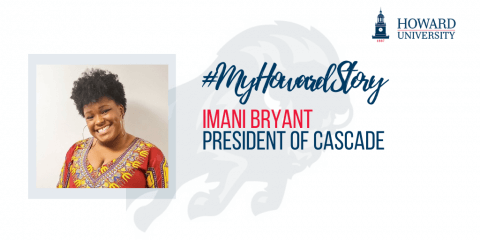 For spring break in 2016, my mother and I traveled to Washington, DC. It was the first time either of us had been to the city and our first trip without my father or sister. It doubled as an early birthday gift for me, and an opportunity for us to visit Howard University. Having gone to Spelman College, my mother was excited to get a taste of life at another HBCU and to see some family that lived in the DC area. I was excited to tour the school but more excited to visit the Smithsonian Museums, being somewhat of a history nerd.

That week in early April was unseasonably cold-- at least it was to two Southerners-- but the moment I stepped on campus for the first time, everything changed. It was like the clouds parted, the sun came out, and the weather was suddenly 10 degrees warmer. Being on the Yard for the first time was pure magic: from students clad in their 'fashion show' fits to others playing instruments on the steps of the Fine Arts building, when I heard the clocktower ring out the alma mater at noon, I instantly knew the Hilltop was my home.

For the last three years, Howard has been my refuge and sanctuary. The community that most embraced me is the same community that I now represent: LGBTQ students. Howard is home to the oldest LGBTQ student organization at any HBCU – CASCADE – and its members are my family. While we have gone through ups and downs together, we’ve also helped to shepherd the university towards inclusion and equality, as is our mission. In my time at Howard, we passed the LGBTQ Lavender Fund, which funds LGBTQ student research and programming; held the inaugural As Queer As It Is Black Conference, aimed at ensuring HBCUs are as inclusive of queerness as Blackness; made October Howard University’s official Pride Month in recognition of LGBTQ History Month; celebrated LGBTQ faculty, staff, and alumni, like Pauli Murray, Alain Locke, and Lucy Diggs Slowe; and recently passed the Lavender Bill, which will require HUSA Senate to collect data on the LGBTQ student population every two years.

CASCADE’s continued advocacy and determination makes me proud to be a Bison. Its 41-year legacy coupled with the many other LGBTQ organizations is what makes Howard home for countless other LGBTQ students.